An analysis of 2020 healthcare data breaches has been conducted by Bitglass that shows the extent to which the healthcare industry was targeted by hackers.

There was a sharp increase in hacking and IT incidents in 2019 and that trend continued in 2020 when 67% of all reported healthcare data breaches were the result of hacking/IT incidents. The healthcare records of 24.1 million individuals were exposed in those breaches – 91% of all records breached in 2020. There were also increases in the number of unauthorized access/disclosure incidents, loss and theft incidents, and other breach causes. 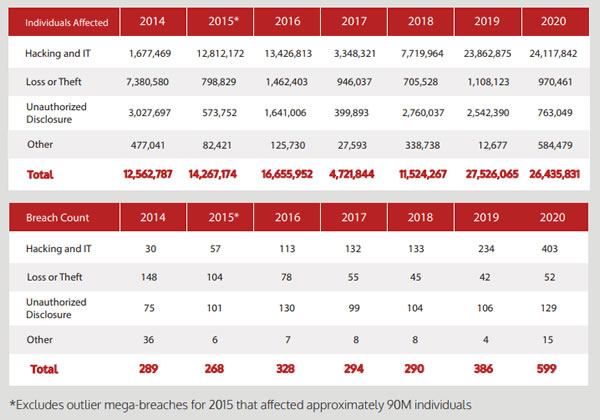 “These results demonstrate the heightened impact of cybersecurity breaches, the shifting strategies of malicious actors, as well as how healthcare organizations are grappling with cybersecurity in today’s dynamic, cloud-first world,” explained Bitglass in the report.